Straight from the Horse’s Mouth

Bridles, a device still used on horses today, played a huge role even in colonial times. Horses were the fastest source of land transportation during colonial times, which meant that bridles were extremely important to help control and direct the horse. Essentially, everyone who owned a horse had to have a bridle, so it was a uniting factor and a common good to identify in the accounts of the Glassford and Henderson Colchester store (1760-1761) in Fairfax County, Virginia. One type of bridle sold was a snaffle bridle, which is a bridle with a bit “consisting of two bars joined at the center, as by a joint.”[1] Typically, a snaffle bridle is a more gentle and general bridle, able to be used on all types of horses.

One really interesting factor was seeing who purchased the bridles.  James Hardage Lane bought both a man’s saddle with curb bridle (October 2, 1760) and a woman’s saddle, including a slip cover of blue cloth and a bridle (May 19, 1761). Purchasing a woman’s saddle shows that he likely had a woman as part of his household who rode horses – perhaps a wife, a sister, or a daughter.[2]

One other factor I noticed in the accounts, which I found very interesting, was the fact that the bridles were often purchased by men.[3] Even bridles that were intended to be used by women and sold with women’s saddles were sold primarily to men. Sadly, no account showed a pattern regarding the occupations of the men, but it can be assumed that the men buying saddles had some wealth as they owned a horse.

Overall, the bridle was an interesting item that we can use to look at the people who purchased it. The snaffle bridle was the most common to be sold, although it was common to sell it with a saddle as well. 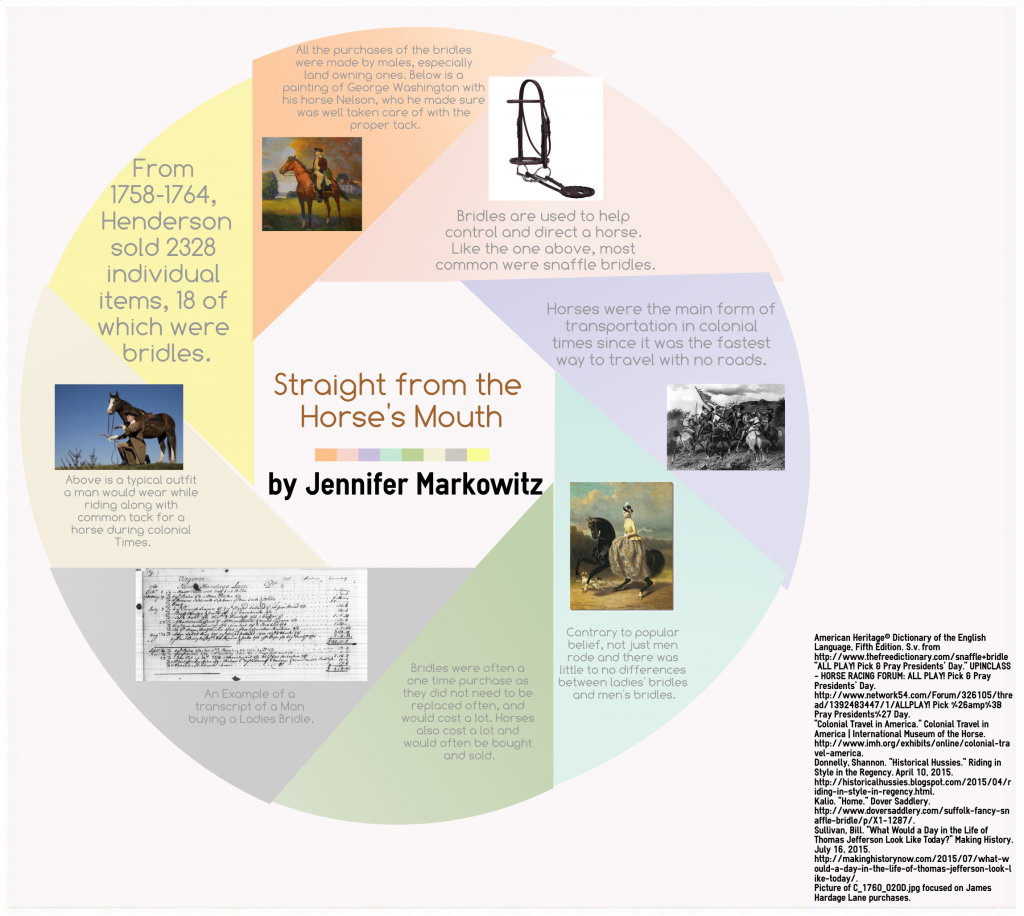